DECONSTRUCTING CINDERELLA and some other poems (WARNING: Not suitable for little girls!)

Everybody knows her story… branded Cinderella:
She was born. She lost her mother.
Some witch took over. She lost her father.
Her properties coveted by step-women.
One day with the help of pests for friends,
And her bored fairy godmother,
She catches the lead clown in a social circus most grand
Leaves one of her shoe pair upon unethical eluding
Per chance to be found.
And she was.
Clown boy puts her back in her original place
And they flatter happily ever after.

Here are the non-moral lessons:
Cinderella is a loser.
This has nothing to do with parental loss.
She simply lost her sense of self
When she chose to be coveted
She had no role in the story
Aside from being the conflict for the doers of deeds.
Pests got to be friends.
Fairy godmother existed purposely and looked good.
Clown boy is tagged heroic
And step-women were made necessary for all.

Okay. Okay. MORAL LESSON:
To be not mundane, know yourself and be.

A LITTLE LESS IN VAIN

If I could get some native to lean this rooftop pillar
Paint half his face with sunlight, radiance exact,
Take a snapshot and go
Send the photo to some Sherlock Holmes
To identify exactly when and where
My timestop has been missed…

It would be a little less in vain.

Ennui is offspring to a fool and his continuity
They make such a horrid family
Casualty to awareness
Blasphemy through silence. 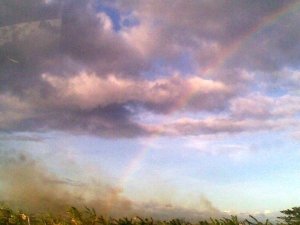 Are you safe from Mayon Volcano Erruption? Do you want to help those who are affected?

Here you can mark yourself safe or help those who are affected or check on your family or friends in Albay. https://www.facebook.com/plugins/post.php?href=https%3A%2F%2Fwww.facebook.com%2Fxyldrae%2Fposts%2F10213286060640255&width=500

What Are You Looking For?

xyldrae.com by Xyldrae Diane Jacob Biller is licensed under a Creative Commons Attribution-NonCommercial-NoDerivs 3.0 Unported License.
Based on a work at xyldraejacob.wordpress.com.